After 10 years of using iOS as my primary mobile platform I’ve decided to give Android more than just a casual try. This post is my review both of the Google Pixel 2 XL and Android 8.1 as well as a few comparisons I’ve drawn between iOS and Android ecosystems. I’ve been an Apple fan for decades. But I’ve tried to be as unbiased as possible and truly allow my feelings of day-to-day use dictate my review. I’ve owned the Pixel 2 XL for over a month so I’m hoping that my first reactions have subsided. 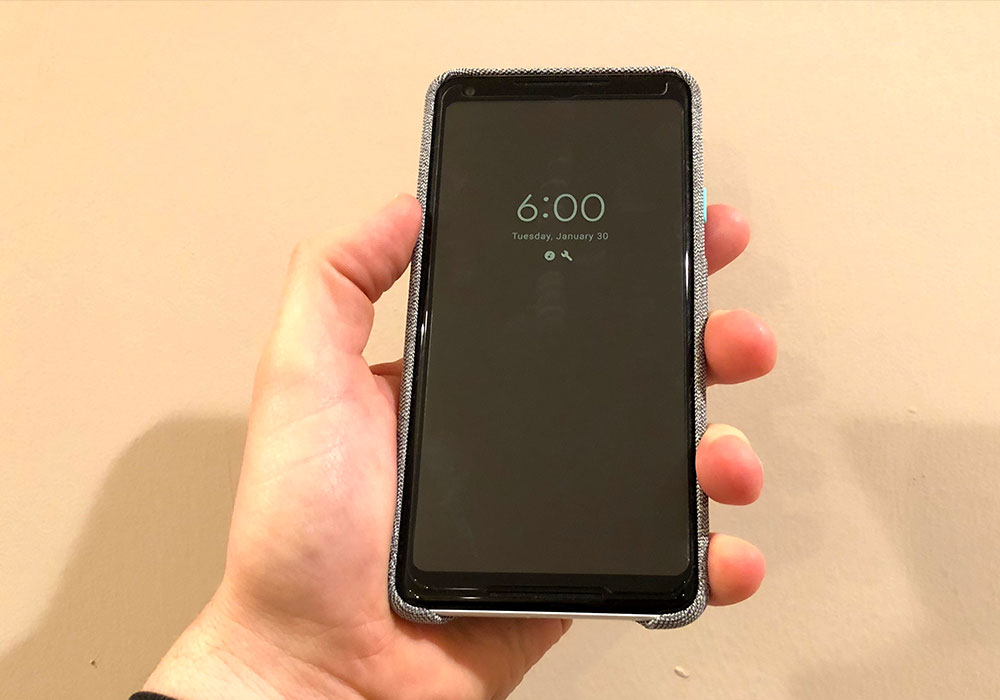 Photo: A rather terrible photo of the Pixel 2 XL’s ambient display. Notice the icons.

My phone is my primary camera. On hikes, walking downtown between meetings, or traveling – I like to be quick so I don’t miss any moments. With the iPhone 7 Plus I was like Bruce Lee with nunchucks. If I spotted a fleet-footed while on a hike I could likely capture it. After a few weeks with the Pixel 2 XL I’m beginning to feel my muscles learning the new gestures and maneuvers to get my groove back. One feature that makes this even better than iPhone 7 Plus is being able to double-tap the power button to invoke the camera app of my choice on the phone.

The Google Assistant’s  results are much better than Siri. It gets my query correct the majority of the time. I don’t know what my success rate with Siri is but I would say it is less than 50%. I got so fed up with Siri that I only used it to ask for the weather each morning. With the Pixel 2 XL I’m using the Google Assistant multiple times per day. And, I use it for things that aren’t even possible on iOS like turning down my screen brightness, turning on or off my flashlight, taking a picture, etc.

I charge the Pixel 2 XL at night while I sleep and I routinely plug it in with greater than 50% battery life. I have changed no settings on the phone to extend the battery life. In fact, I’ve turned on the ambient display and “what’s playing” features which warn you that it will use more power. In my use, even with the “always on” features turned on, I have no issue at all with battery life. I also appreciate that it charges with USB-C. I can plug it directly into my MacBook Pro, no dongle.

I bought the Pixel 2 XL within days of Android 8.1 shipping. Coming from 10 years of iOS, and the very limited number of user preferences it affords, using Android has been really fun. If I was a new user I could leave all the defaults as they are and be happy. However, I’ve enjoyed the number of options Android has.

One of the complaints about Apple I’ve heard the most is that they make too many choices for the user. My rebuttal to that has always been “Yes, but they make good choices”. However, two things have changed in recent years.

First, Apple is making worse choices. I know this is subjective but more and more I’m convinced that Apple’s choices are becoming more anti-competitive than they are user-focused. I can understand limiting some of the user preferences in iOS for the first few years to allow the platform to become rock solid, then slowly add more features and settings. But iOS is over 10 years old and there are a few options that Apple has, in my opinion, criminally omitted from iOS like being able to set default browser, email client, maps app, and assistant.

Second, the resources of these mobile devices are beginning to compete with the speed and storage of slim laptops. The devices beg to be used heavily, for work, and for play. I would say for many people their primary “computer” is their phone. So we are entering an era where it becomes a work horse for people. Steve Jobs thought we’d always have pickup trucks (desktops or laptops) while also owning cars (mobile devices). Well, I believe these mobile devices are beginning to become very pickup truck-like for many. And, let’s face it, a huge number of pick-up truck owners don’t even need them. They just like the look. This mean that the mobile OSes must also become work horses. And that means more options, better compatibility, and power user features.

This is a very long winded way of saying that I wanted to take back more control of my OS and Android allows me to do that. I can tweak Android in far more ways than I expected – even down to choosing a different launcher. Microsoft has one, there is another popular one called Lawnchair (cute name), and dozens of others. These change the device in both subtle and dramatic ways to become whatever the user needs. It makes so much sense. Imagine a launcher built specifically for young students? 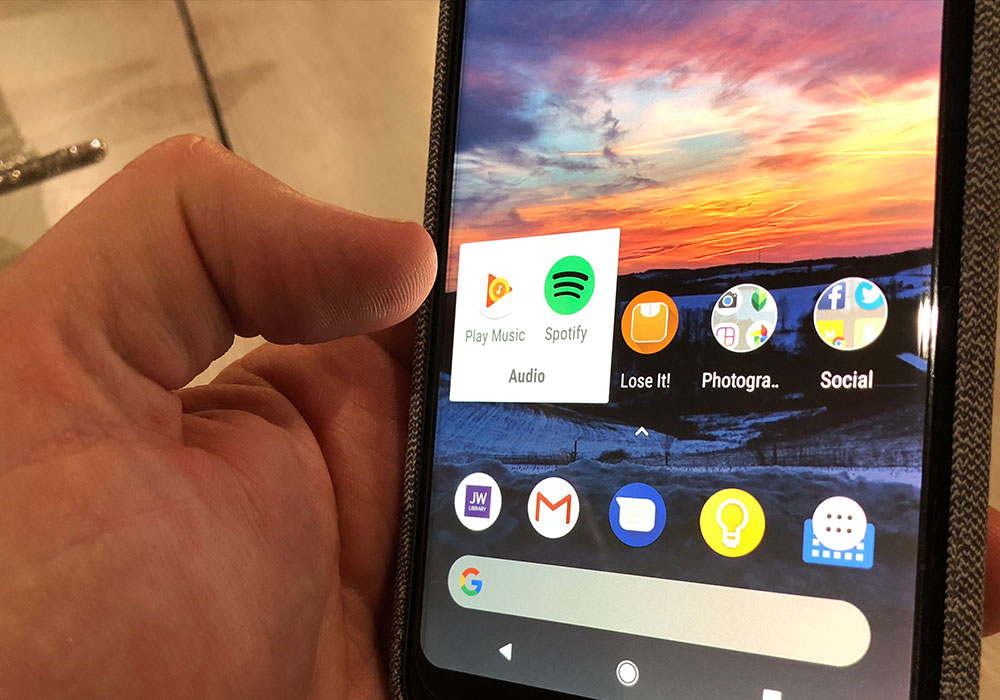 There are a few things that iOS clearly beats Android on and I’d be remiss if I didn’t point them out. Here are a few that I’ve found that I notice in day-to-day use.

So far I’m very happy with my choice to give Android a try. I’ll be using the Pixel 2 XL and Android for the rest of 2018  and plan to reassess where both platforms are at that point.

@cdevroe Verrrry informative! I need to find an Android guru near me to help me learn how to use my new phone. I still prefer web browsing on my Chromebook, but the phone is useful in a pinch.

@solari I had to update my DNS records this morning. Please try again.

@cdevroe All good! I have a Project Fi phone as backup on my travels, so it’s interesting to keep up with how Android compares. Informative read, thanks.