Speaking to the Social Media Gurus class at Misericordia University 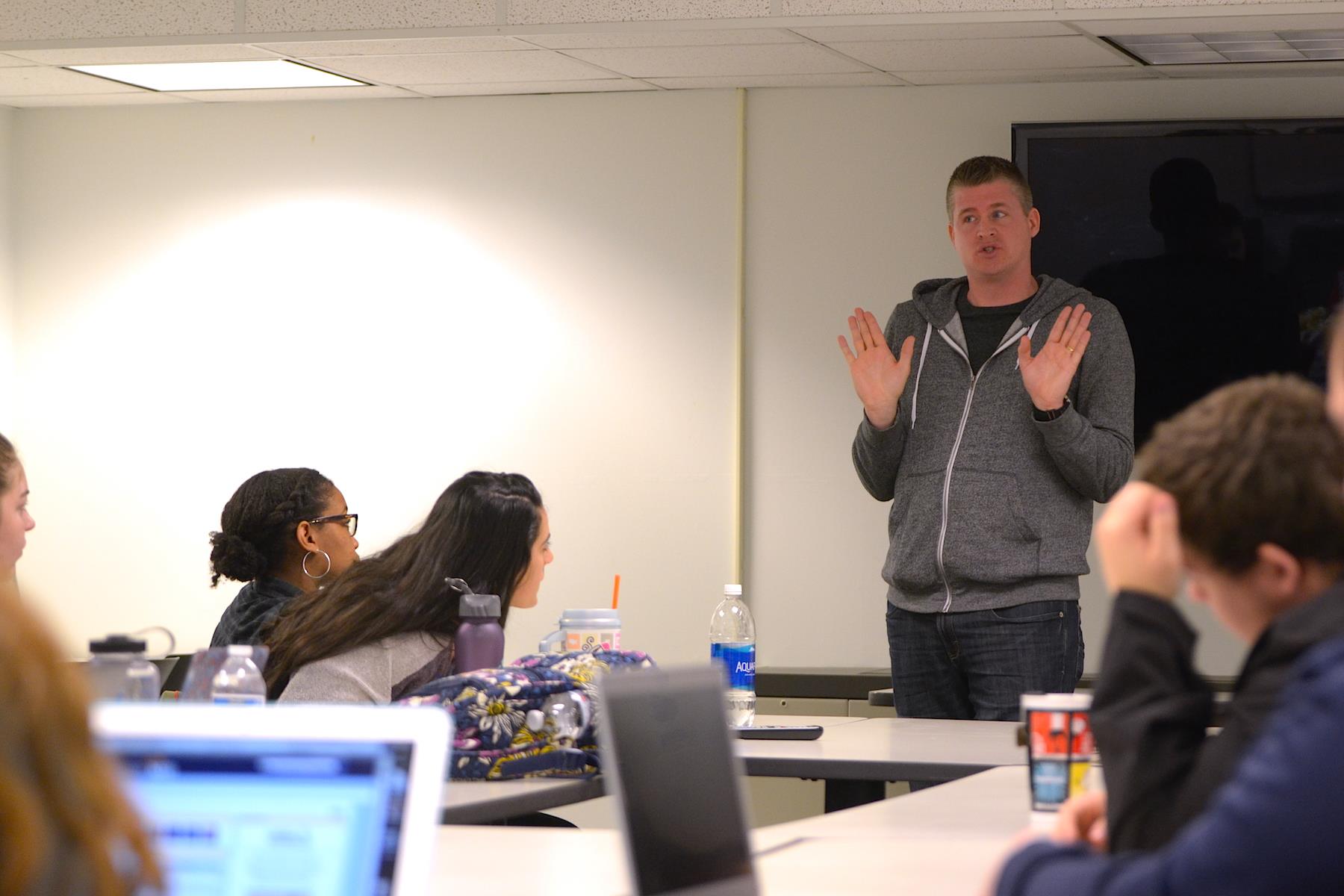 In early April I had the privilege of speaking to the Social Media Gurus class (or COM 485) at Misericordia University. My friend Dan Kimbrough is the Assistant Professor of Communications in the Mass Communication and Design Department at the university and he invited me to speak to the class.

It was great to speak to these students and see what was on their minds, the challenges they were having, and what they did day-to-day to learn the ropes of marketing via social media. I was impressed with how attentive the class was. I’m just some guy coming in and spouting off about my experience with social media. But they seemed engaged and really wanting to learn. Many of them were putting into practice what they were learning through various class projects, non-profits, internships, etc. so I’m willing to bet that any practical tidbit they can pick up is valuable to them. 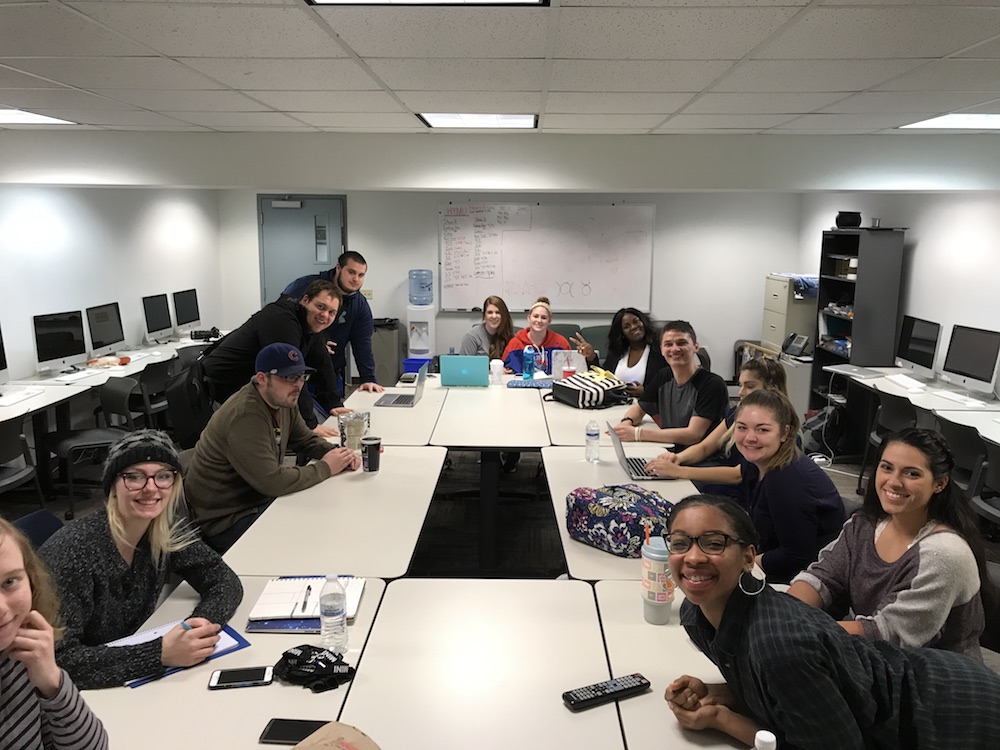 My view of the class.

Something I learned from this presentation was that the paths in social media marketing are just starting to be paved. Some methods and techniques have already come and gone but the true best practices still have yet to be worked out. Also, in our region here in Pennsylvania many businesses still have yet to see the value in social media marketing but they are seemingly being forced into it by their nearest competitors.

Thanks to Dan for the invite and to the class for being so welcoming.