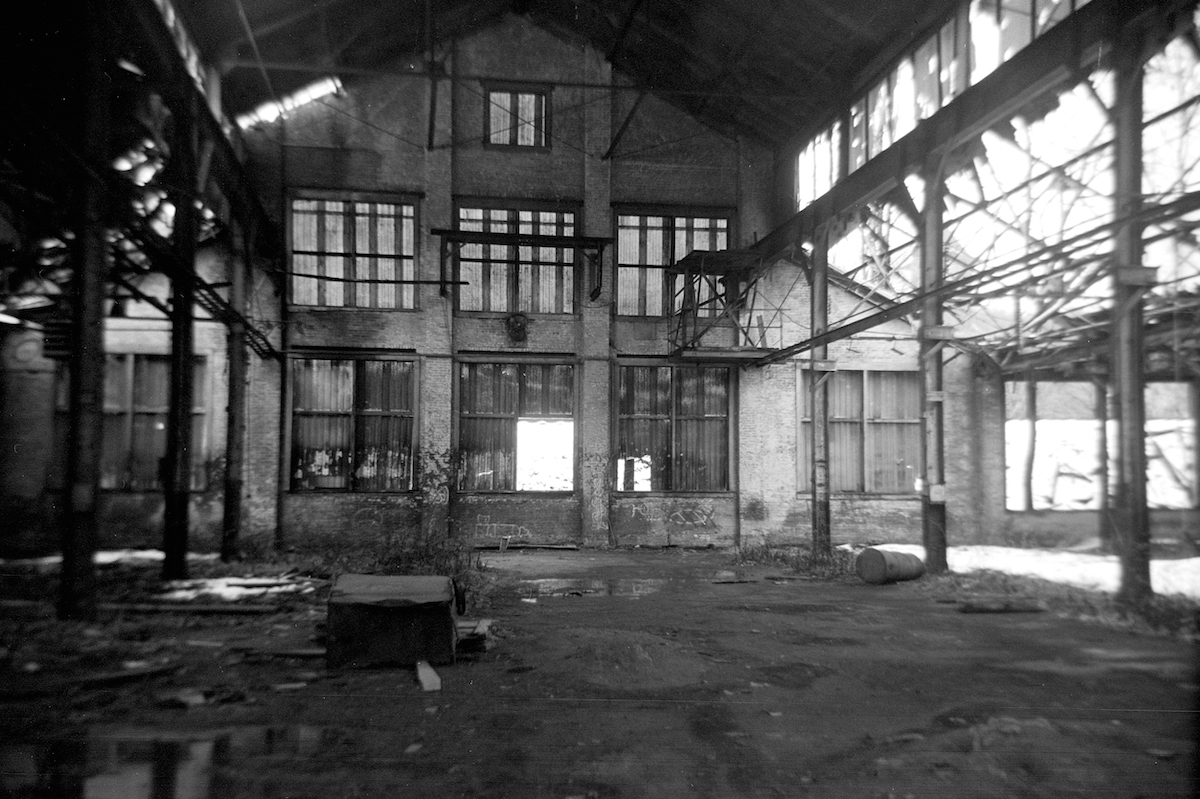 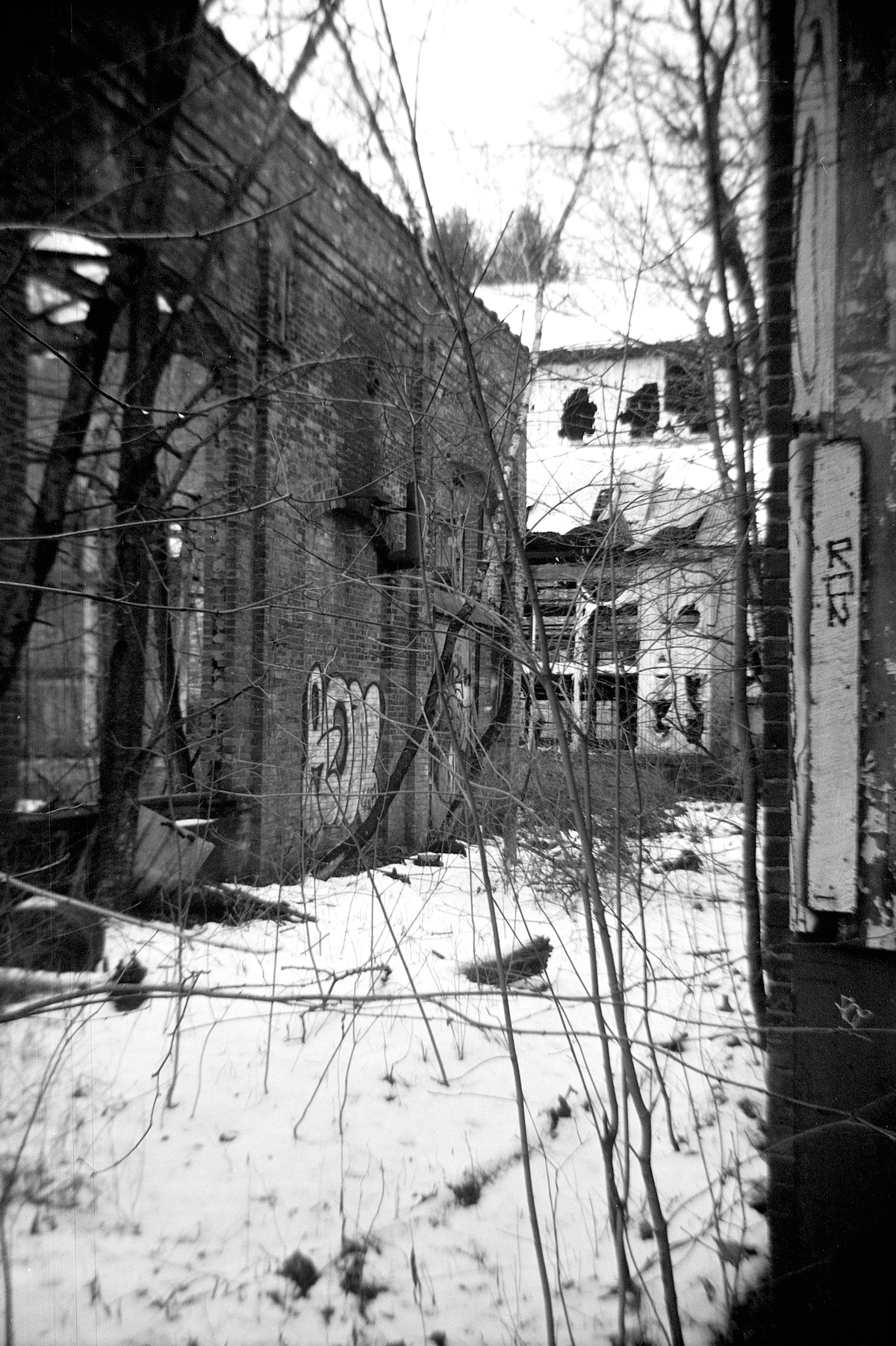 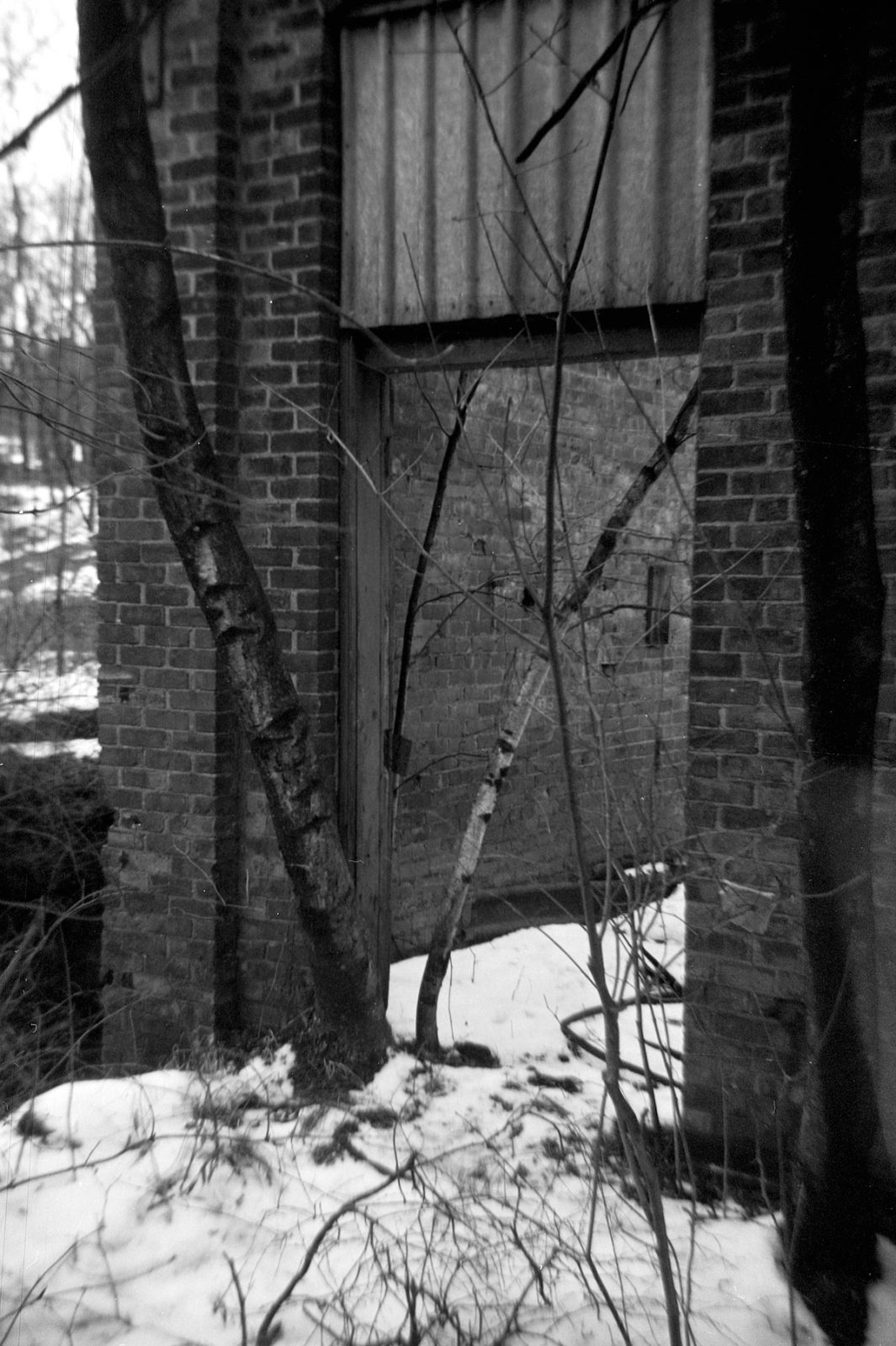 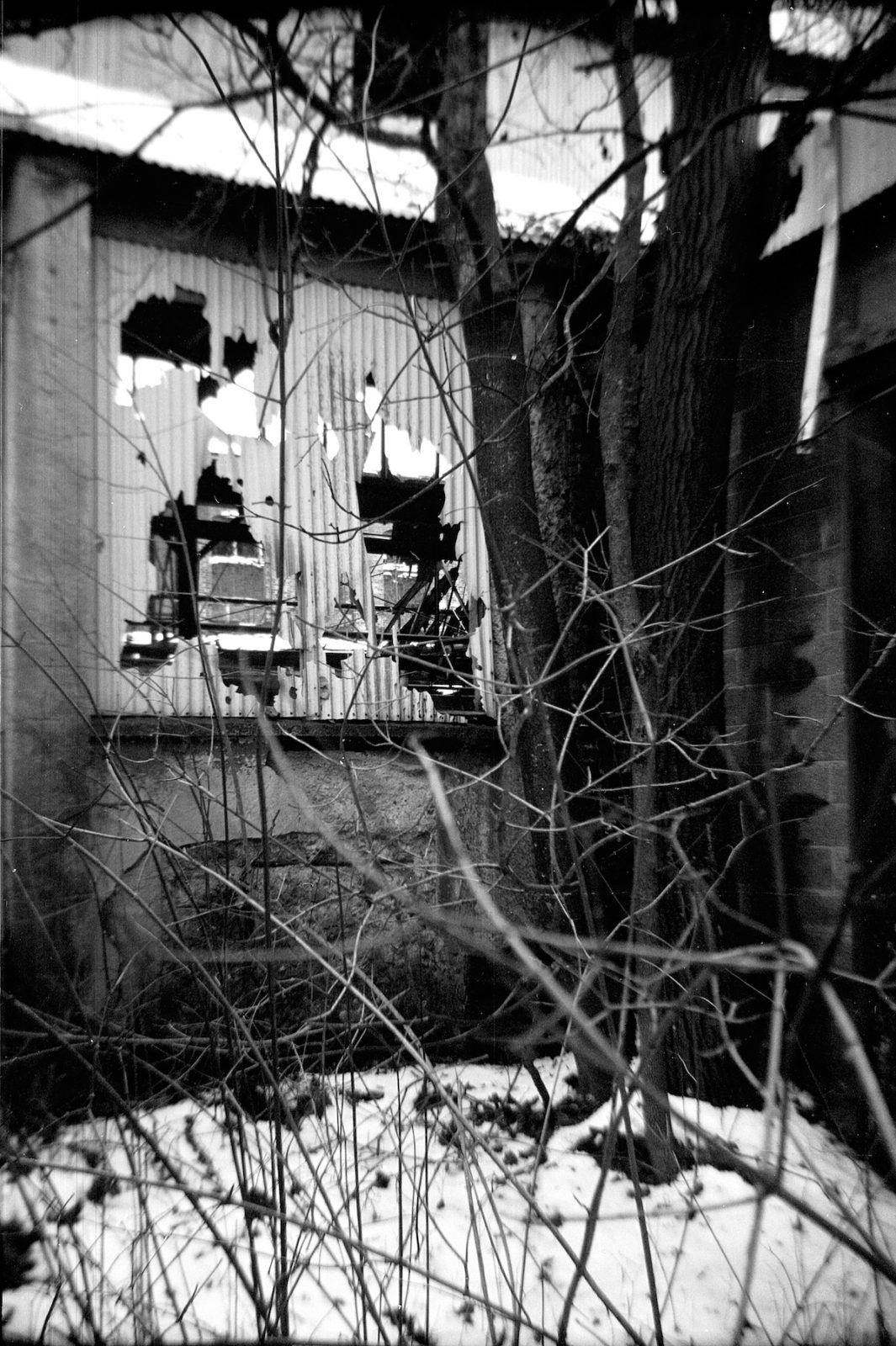 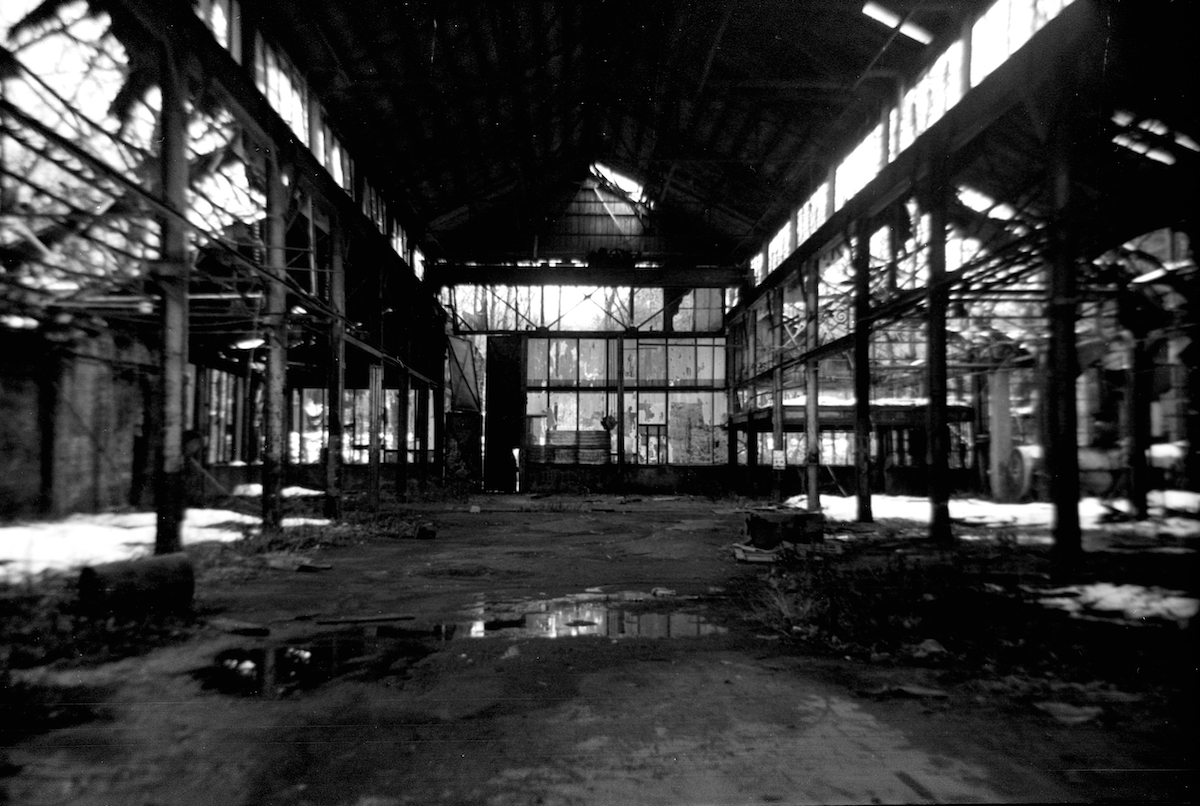 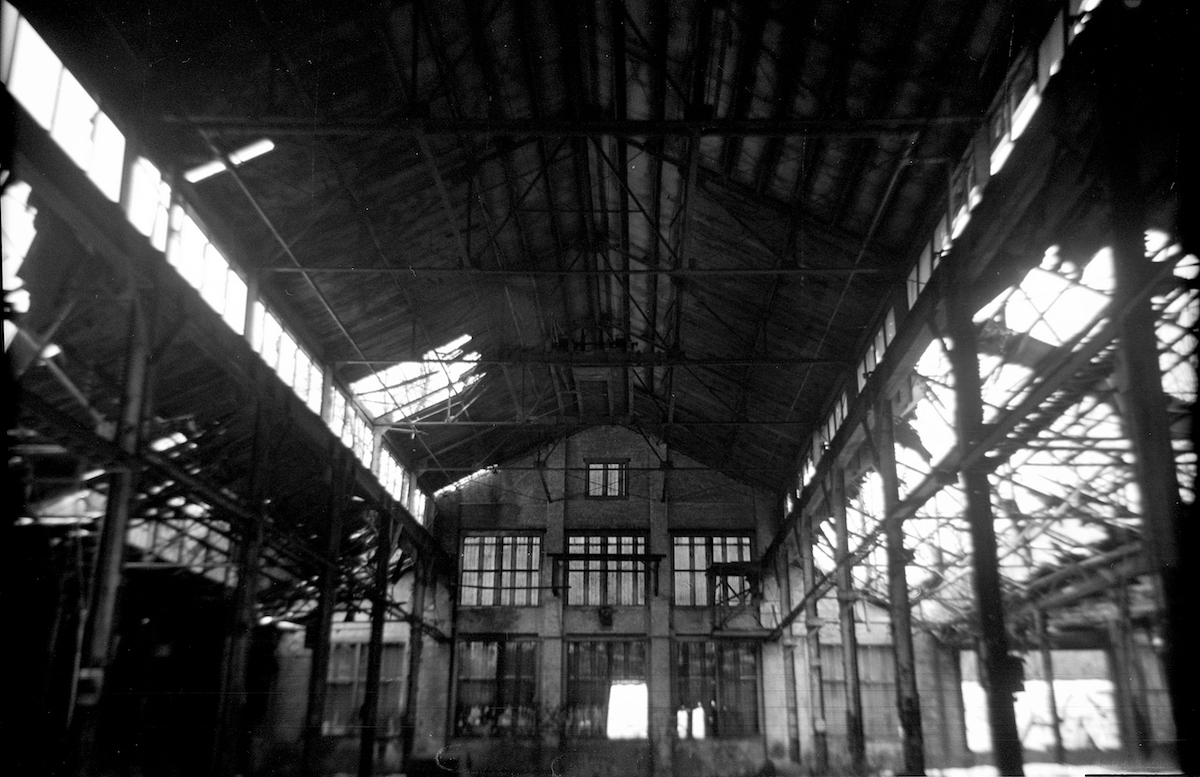 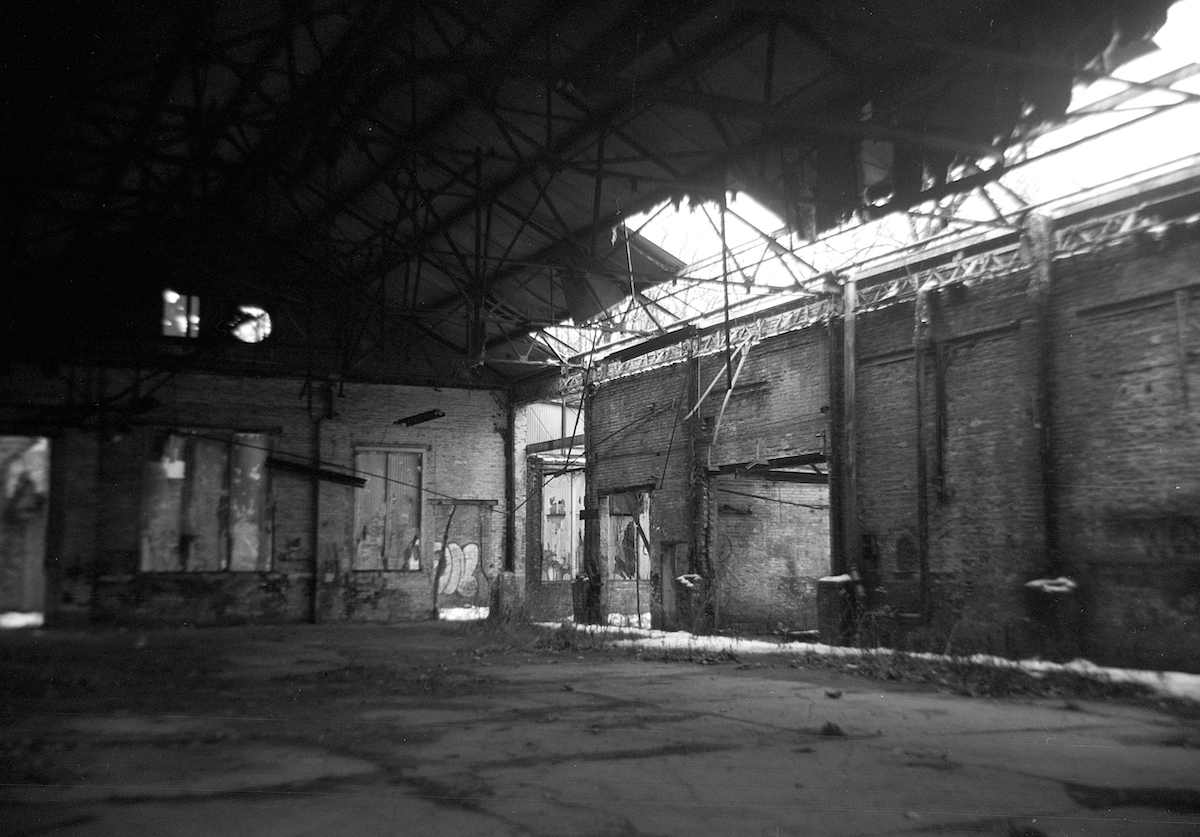 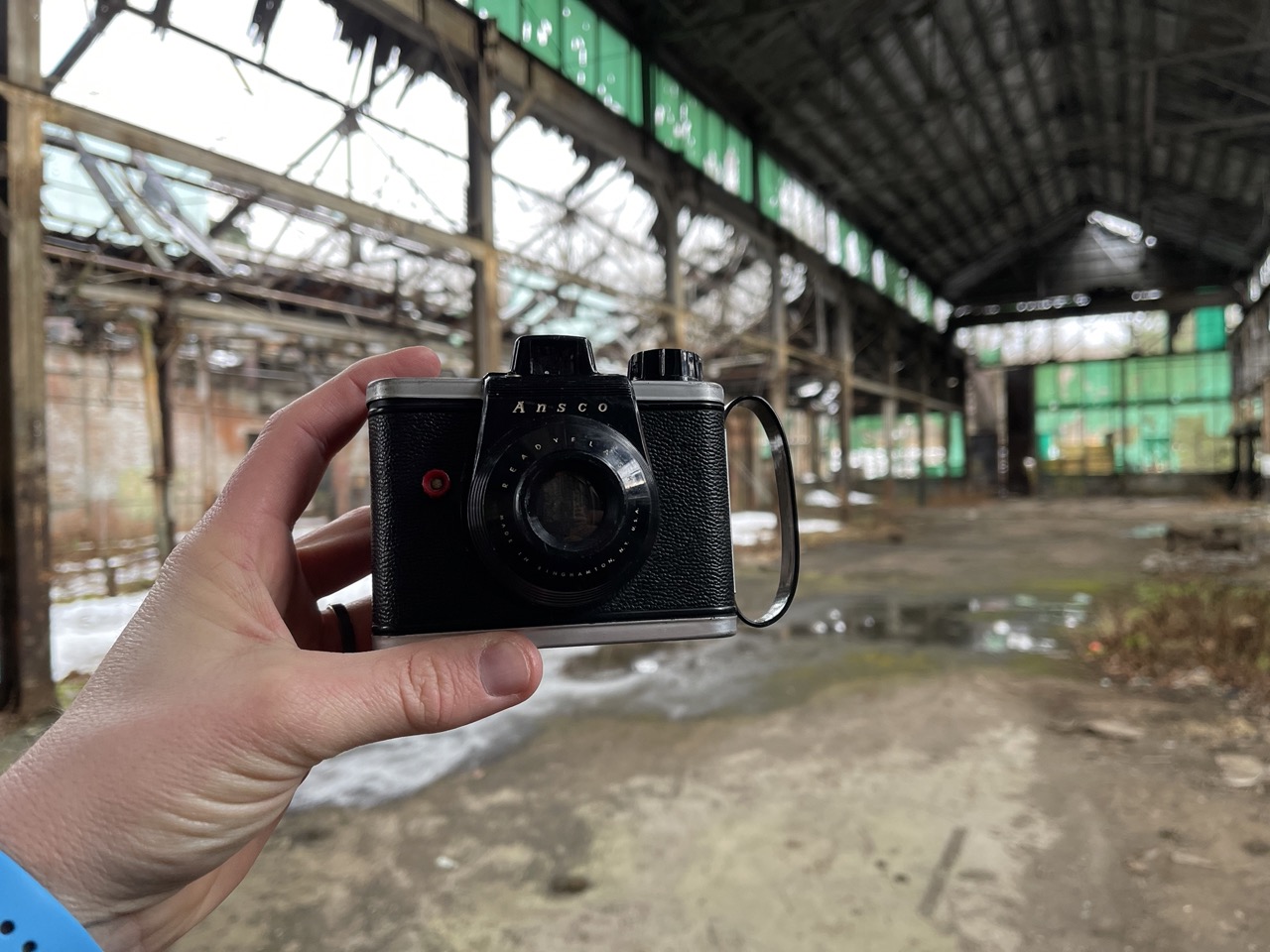 These mostly empty, large cavernous buildings in the small town of Simpson, Pennsylvania were once used by the railroad system that went from Scranton to Honesdale and eventually all the way to New York City. This system of train cars were, in their day, a modern technology revolution that empowered and facilitated an explosion of economic growth in New York City by inexpensively shipping energy and heat to the city from this area. All while leaving this area rather left-behind after the boom was over.

I shot these photographs using an Ansco Readyflash — a camera model that would have existed around the time these buildings were just beginning to become abandoned. It is also the same camera model that my grandparents used to photograph my Dad and his brothers. It is a rather unforgiving camera, especially in low light. A large film negative capable of capturing great detail, housed in a small light-tight box behind a rather shoddy lens with no features and an aperture that has but one setting.

These images are special to me because of what they represent, where they are, what they were used for, and the camera I made them with. These images were taken mid-January 2021.

I thoroughly enjoyed making these images. The time period when these buildings were at their height in use is very interesting to me. The railroad system was known as the Gravity Railroad because of how it worked. Once the coal was up over the hill from Simpson on its way to Honesdale, it was able to make it all the way to the Lackawaxen River powered only by gravity. Then, along its banks, were young children and a few donkeys that would pull the coal boats along for a few miles at a time in a sort of relay until the boats hit the Delaware River. Once there, the coal could make it all the way to the big city.

The hill these railcars climbed just before their long decent to the city? That is where I grew up on a road named Gravity.