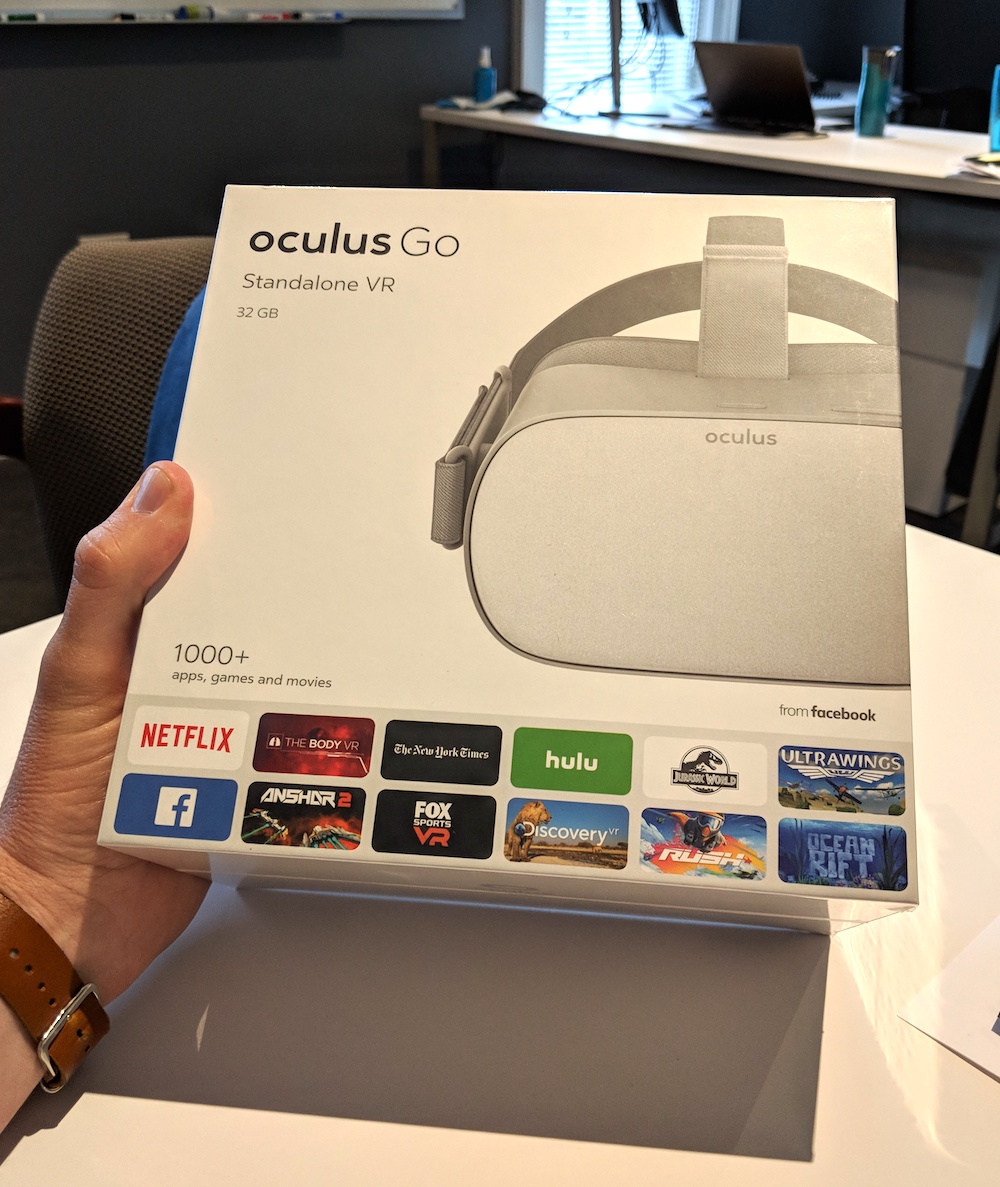 At work we picked up an Oculus Go for research and development purposes. But of course I commandeered the device first to put it through its paces and I think I have a good enough feel for it to write up a few observations.

These are, as always, in no particular order.

Many of my observations sound like complaints or feature requests. But I think that is normal when something is so new. The Oculus Go has left me wanting more. Much more. Better quality, more capability, more options, and to be able to use it for more tasks. I could see myself spending hours in VR doing the same things I do on my phone, iPad, or computer throughout the day. And I think this is evidence of how good Oculus Go already is.

If you are interested in VR and are looking for a completely standalone affordable solution; Oculus Go is your best buy right now.

@cdevroe Great post, Colin. I grabbed one last weekend and haven’t had much of a chance to play around with it. Reading your thoughts makes me think I should set aside some time.

@mikedotfm Thank you. I would like to read your thoughts as well.

Ordered one (64gb) when I leant my clinical VR software supplier bought some in the belief it would be a better experience than the current SamsungGear VR solution. The latter, being phone based, has Bluetooth put. The Go doesn’t in this version although it will tether to a bluetooth controller.

I need audio out, untethered, so I also ordered a 3.5mm BT transmitter which I’ll Velcro to the GO. Fingers crossed this solution will work (audio out is needed to send signals to bass shaker and Buttkicker audio.