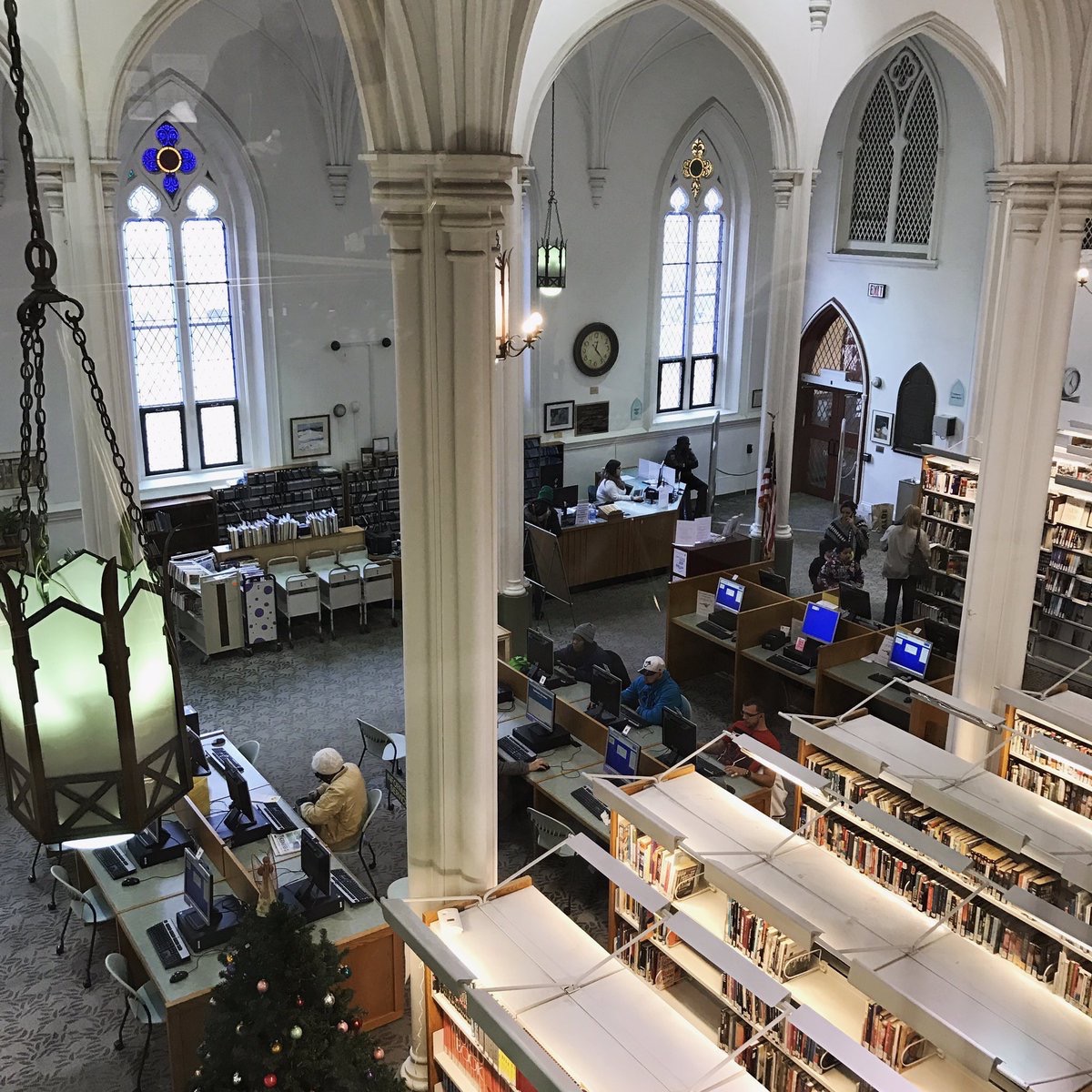 On Saturday I braved the frigid temperatures and attended a Wilkes-Barre Programming meetup at the Osterhout Free Library in downtown Wilkes-Barre.

I arrived a few minutes late – it was Saturday so of course I had to make myself some breakfast, enjoy my coffee, watch a little YouTube prior to getting out in the elements – and then I couldn’t find the room the meetup was in at the library. Once I found the group there was already 6 attendees and they were over an hour into their programming.

One of the attendees proposed a problem to be solved; convert a number into a Roman numeral using Python. I have little-to-no Python experience, and unfortunately not much was discussed at this meetup regarding the language (since it wasn’t for beginners) but I decided to try my hand at solving this problem in JavaScript. Here is my attempt (though incomplete). It can do the thousands and hundreds. I’d need a little more time to do the tens and singles but I ran out of time at the group.

I was happy to see this small group meeting in Wilkes-Barre. Some of the attendees mentioned they’d be visiting the #nepaJS meetup happening on Tuesday, which would be great. We need a lot more of these smaller groups and we need them all to be connected to the larger NEPA Tech group. In larger metropolitan areas these smaller groups would be hundreds strong and so consolidation wouldn’t be needed. We don’t have that here. So we need as much effort to be consolidated as possible. These small groups are where skills are honed, where partnerships and companies can be formed, where careers are forged. If you are someone that works in technology please consider joining one of these smaller groups. Even if you aren’t into programming. As they grow I’m sure they will end up fragmenting into more specific groups for the areas you’re interested in. The more support the better.