Hiked in October 2016 – Approx. 3.2 miles – I ended up jogging most of these trails rather than my normal casual hike. Because of this I ended up not taking near as many photos as I usually do.

I parked in the same parking location, at the end of Lake View Drive, as I did for my Northwoods hike. This time, however, I found the proper trail to get to the dam as quickly as possible. In order to find this trail you need to start directly behind the bathrooms next to the parking lot.

When I got to the dam there was a father and son fishing just over the waterfall of the dam. It didn’t seem like they were catching too much but I’m sure they were enjoying the beautiful fall day as much as I was. One other thing about this area of the park — you can’t hear anything. The waterfall, small though it may be, drowned out so much sound that it isn’t until your pretty far away that you begin to hear the sounds of the forest or other people in the park again. 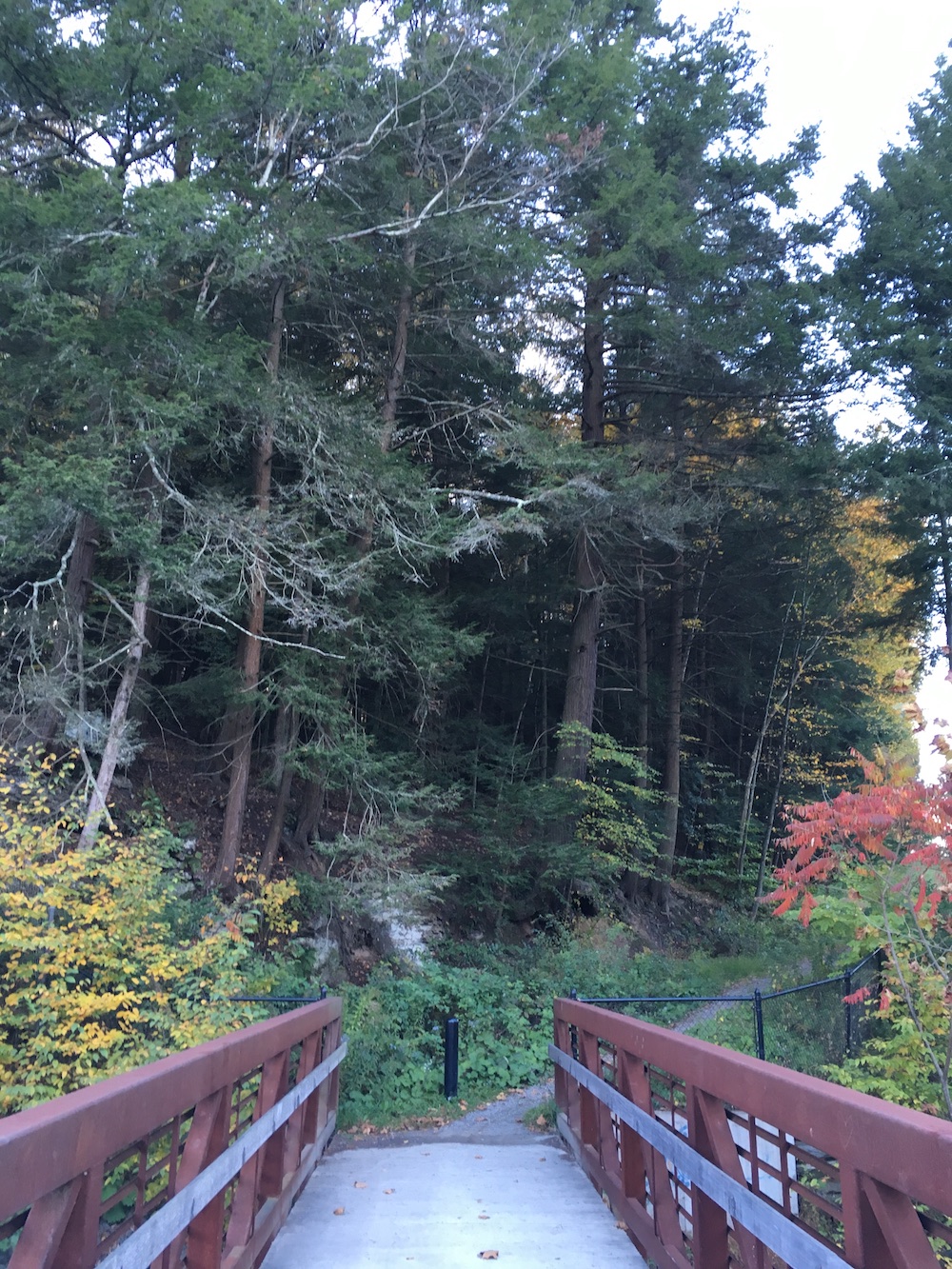 I started on Frost Hollow Trail by crossing the Benton Road Bridge. I turned immediately left and hugged the edge of the water’s edge up the cliff. This is a very steep climb. If you’re not able to do this section, you can continue up Benton Road until you hit Sunset Road and there is an entrance to Frost Hollow there that takes a much easier trek. 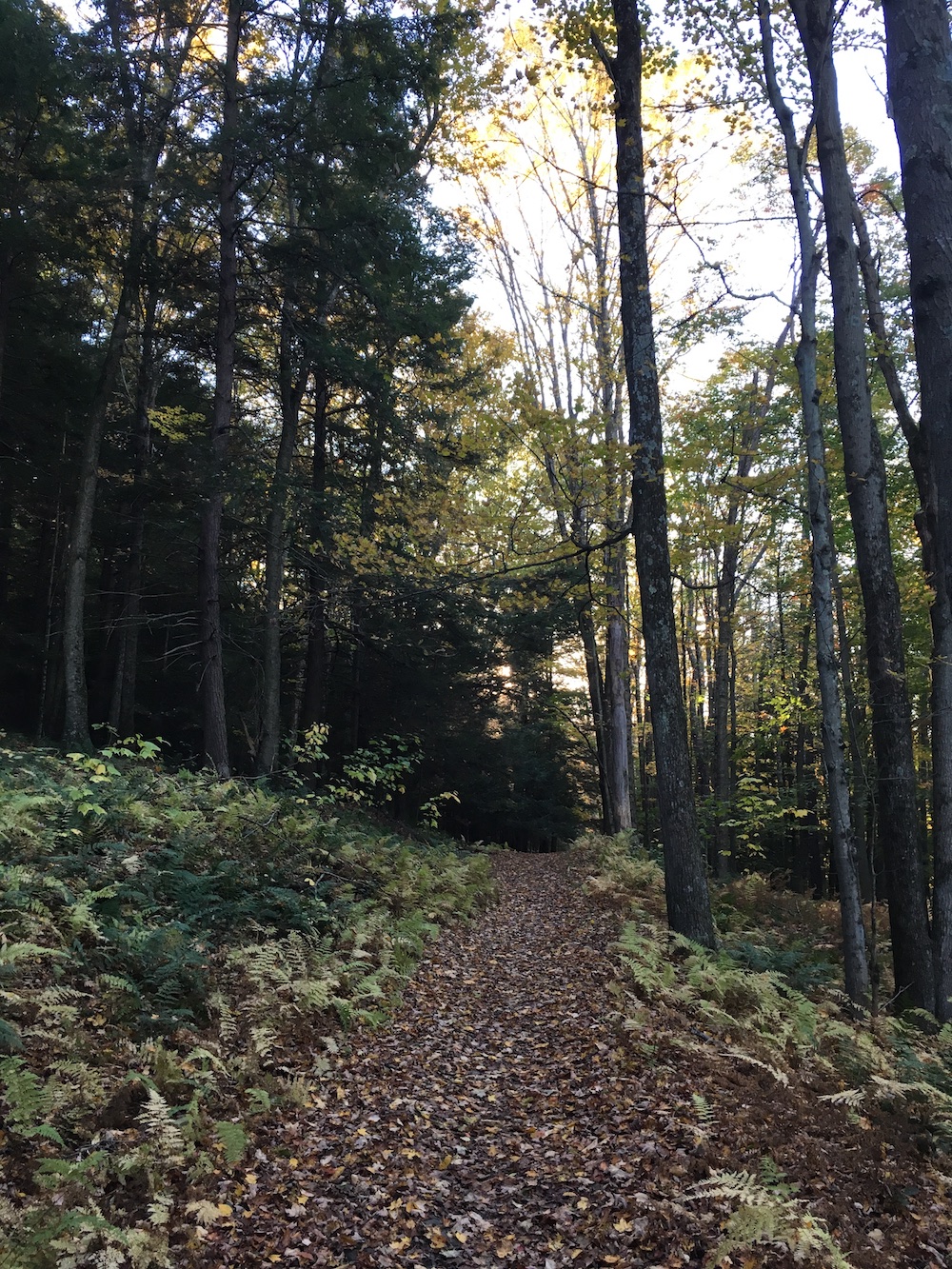 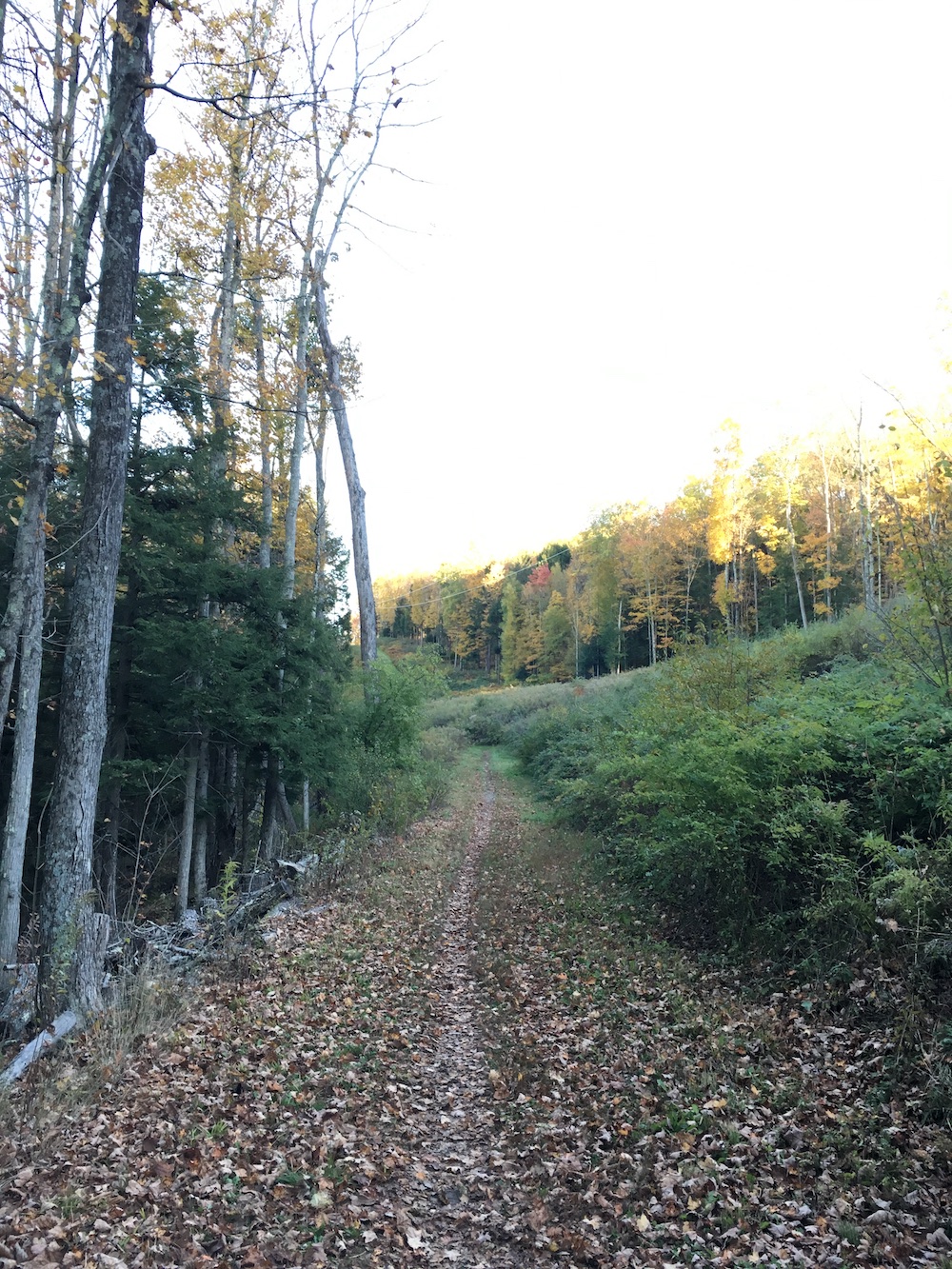 After cresting the cliff the trail begins to level out and even begins to descend once you get close to the pole lines. I decided to stay next to the water and follow Snowflake Trail all the way to South Shore. Along this stretch are a few opportunities to pop out of the woods and enjoy a full view of Lackawanna Lake and the bridge on 407. From these areas you can hear everything going on in the park beyond. Children laughing, people playing games. The lake might as well be a megaphone for every sound and it funnels them all to you on the other shore. 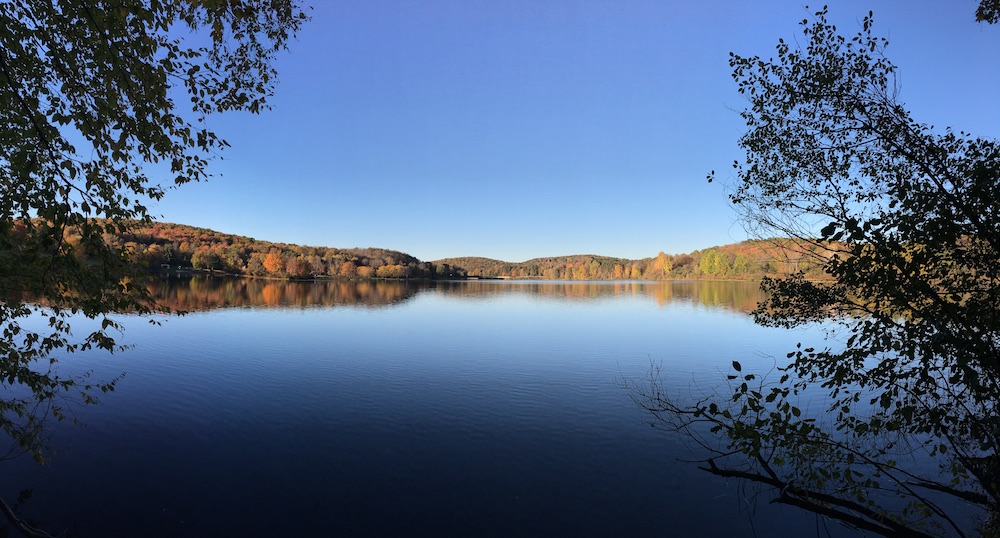 That is why at this point I could hear planes flying at the airfield. I had my UAV and I had stopped at the airfield on my way to the hike to see if anyone was flying. No one was there. Sometime between me parking, hiking up the cliff, and getting to the edge of the lake someone had showed up and gotten into the air. I couldn’t believe it! So, I jogged nearly the rest of the way.

I really enjoyed the jog. There were a few places where jogging was impossible. My ankles would have snapped like twigs over some of the wet mossy boulders in some areas. But I was able to finish all 3 miles in about 45 minutes. Given the inclines and wetness, and that I was wearing pants, hoodie, etc. I was happy with this pace. 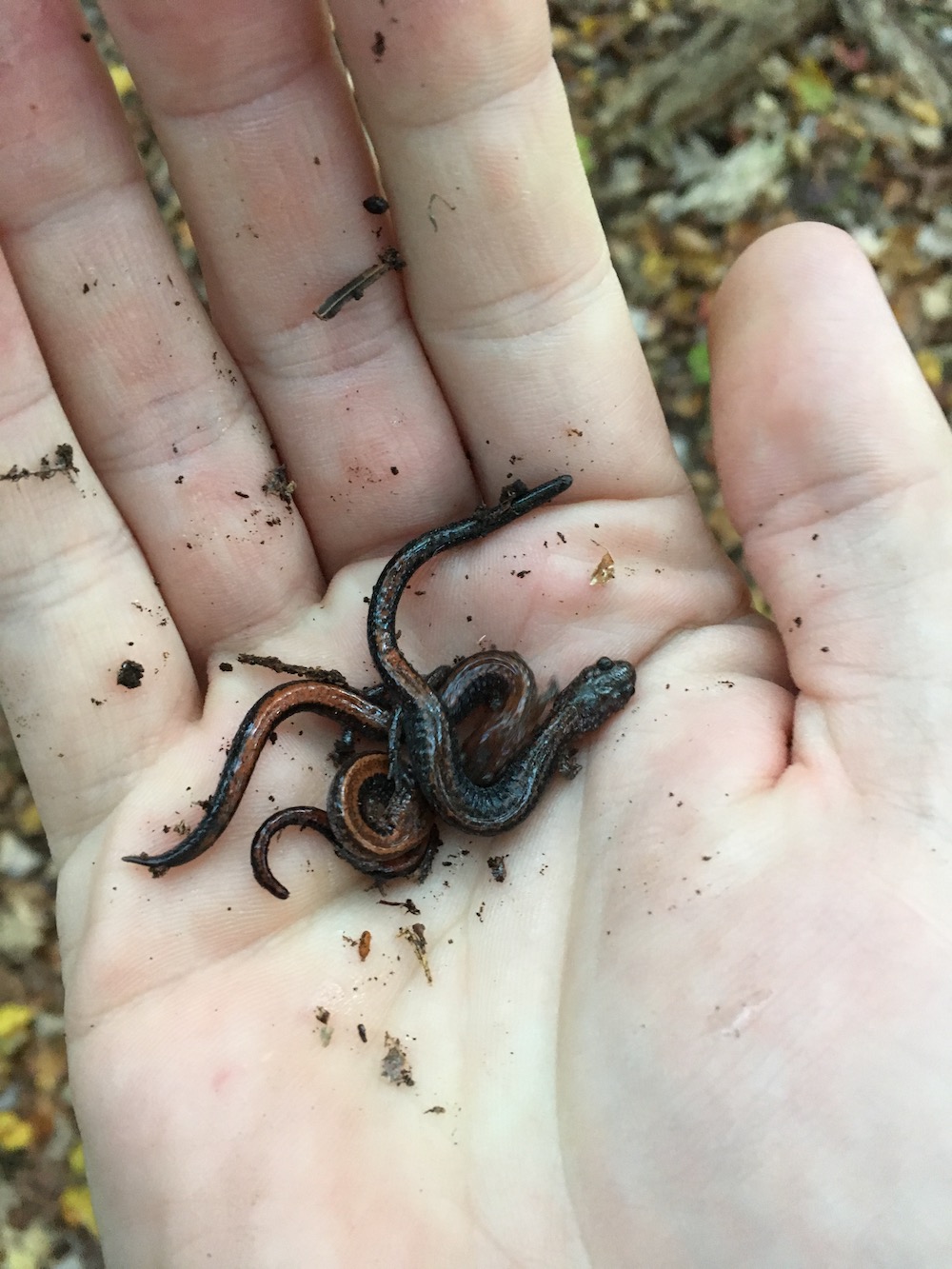 Snowflake Trail isn’t the most interesting trail in the park, but Frost Hollow Trail has some really neat features and is worth meandering your way up the cliff to see.

I got to the airfield to find it empty. Missing the pilot by just a few moments according to two grouse hunters that were also in the parking lot.

On my next and final hike in the park, where I finish up this journey, you’ll see that it is in this area of the park that has the best view in the entire park. So stay tuned for that and tons of photos next week.