Kayaking Merli-Sarnoski County Park in May 2016

When choosing a location to go for a paddle, don’t be fooled by the size of the body of water. Enormous lakes aren’t necessarily any more fun than the small ponds. 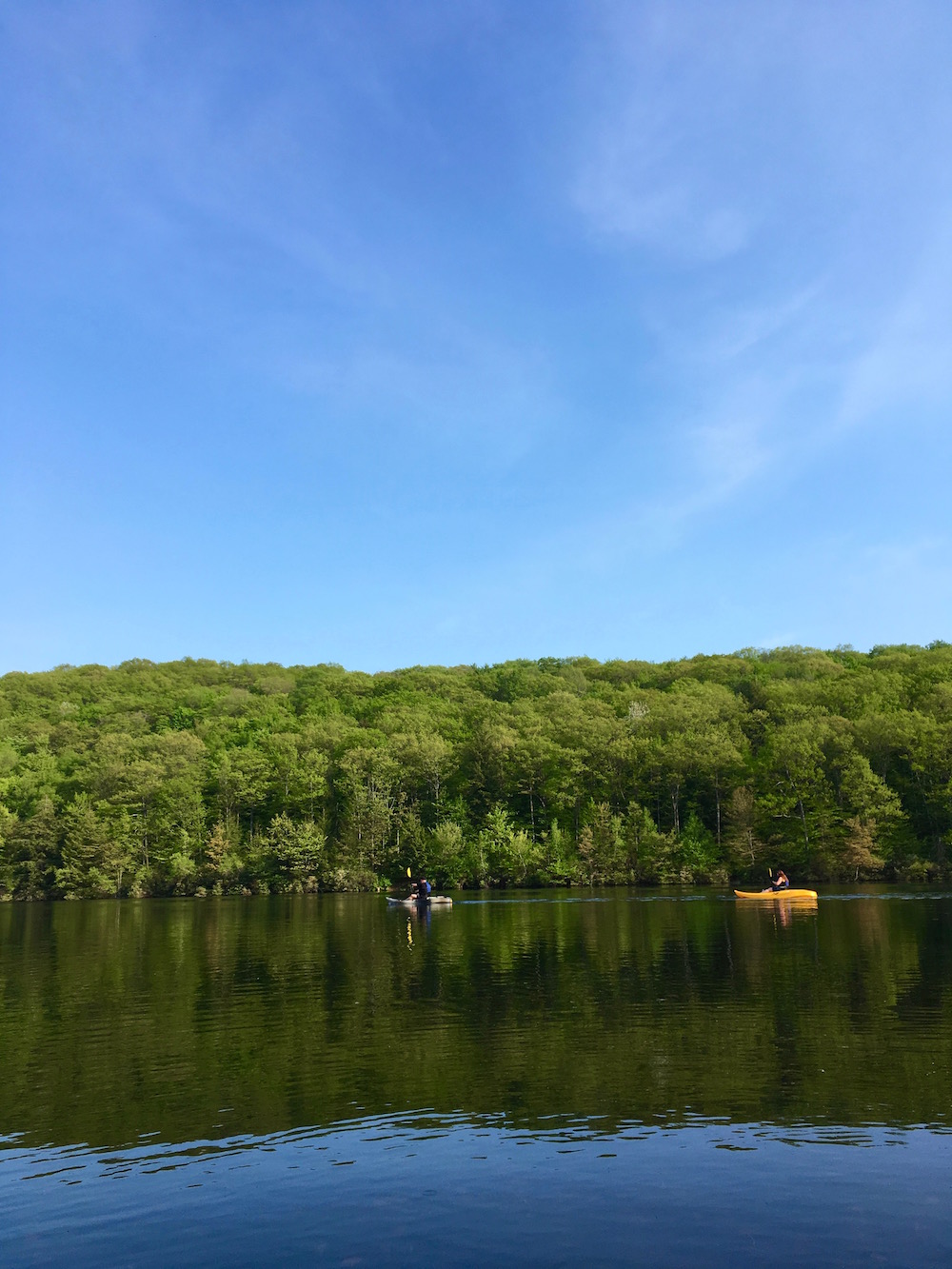 Merli-Sarnoski’s Mountain Mud Pond is an excellent example of this. The entire shoreline of the pond could be paddled in under an hour yet it offers a lot of great little islands and tons of lilies to paddle around. 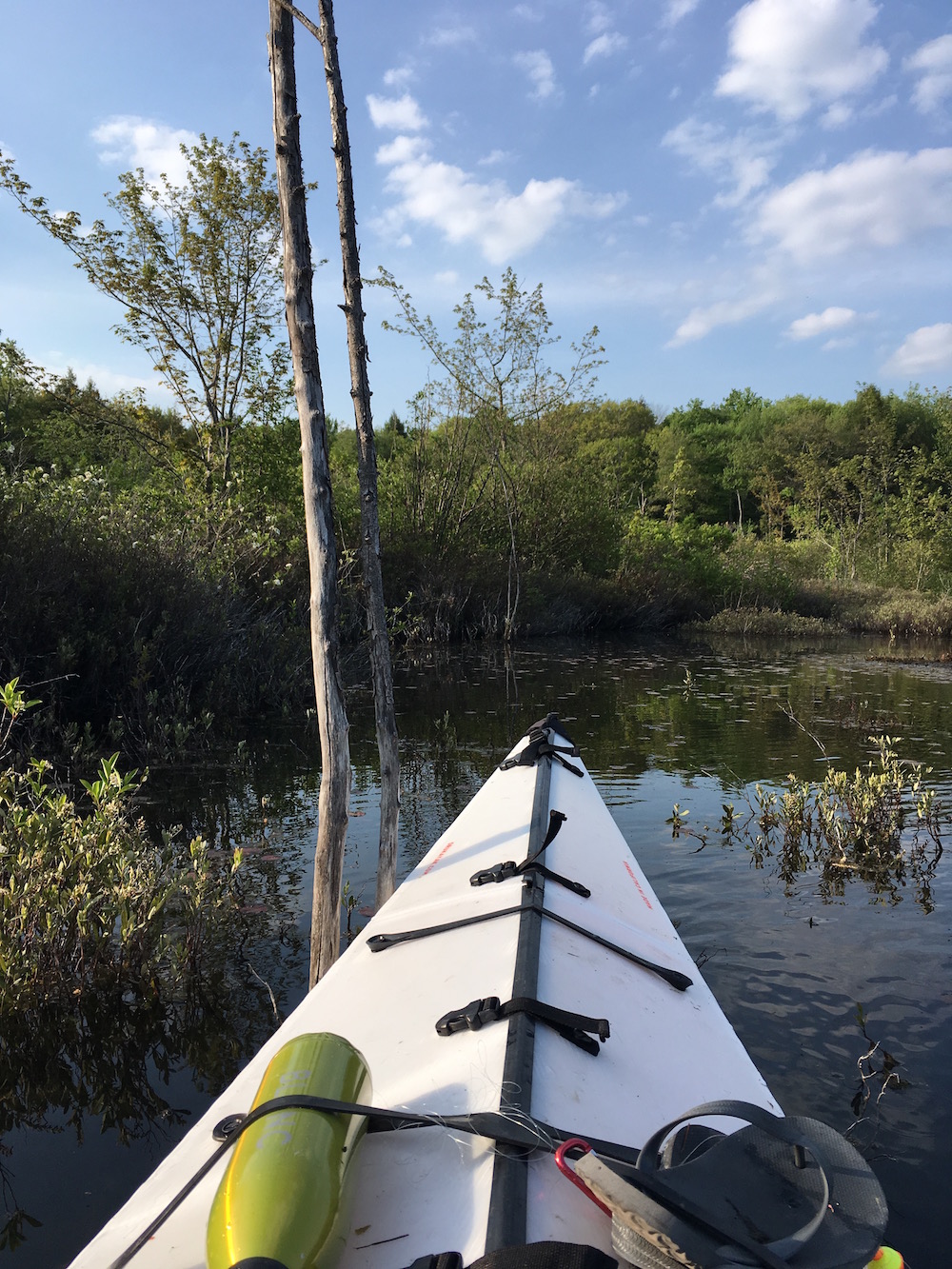 Last week my friends Eric, Jackie and I went for an afternoon paddle on Mountain Mud Pond and it was just as fun as paddling in a much larger lake. 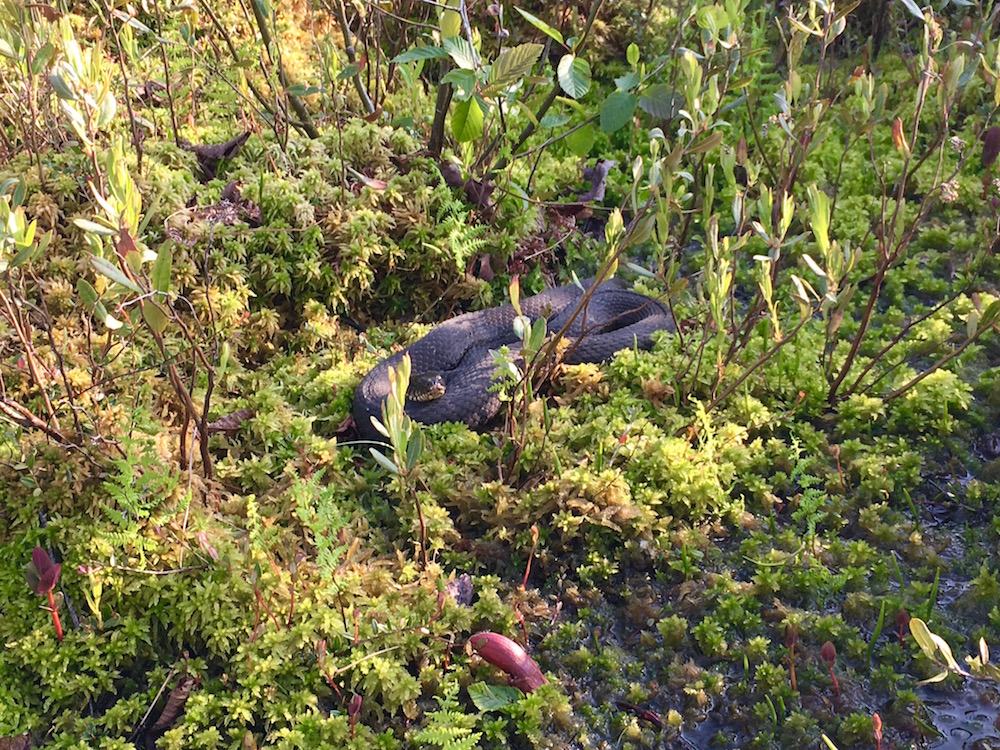 There was one mishap though… I almost caught two water snakes of some kind at once (I think they were mating, one of them is in the above photo) and I missed them both because of me being unsure of their exact species.

I was paddling up to an island and saw the pair of them basking in the sun on top of one another. They let me get very close before they began to move, probably because they smelled me or could sense my heat, and so I placed my paddle on top of both of them. They didn’t fight it much at first. They were likely confused. I was trying to get a good look at their heads (which is how you can most tell if a snake is venomous or not) and before I got a good look they slid into the water. 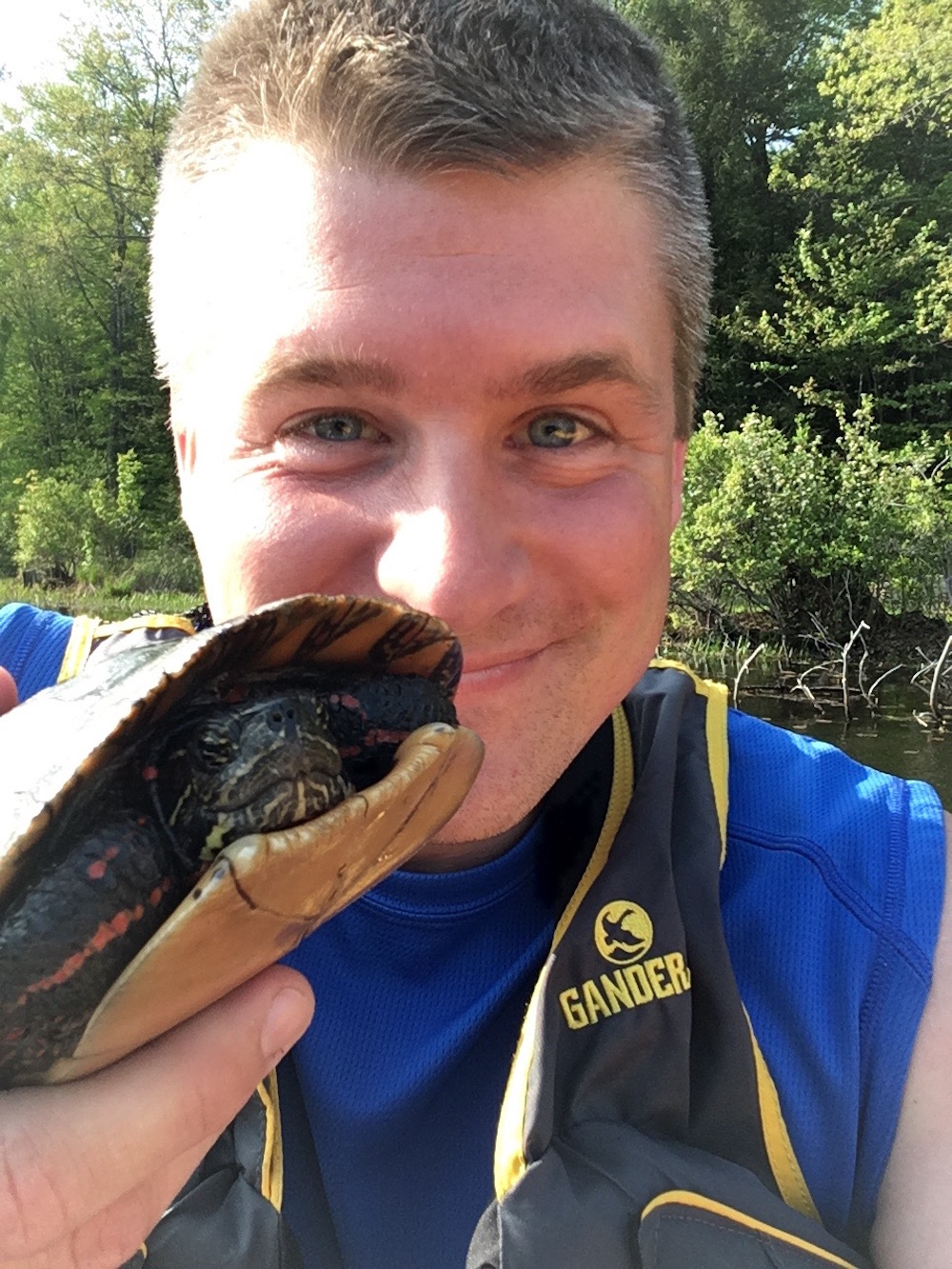 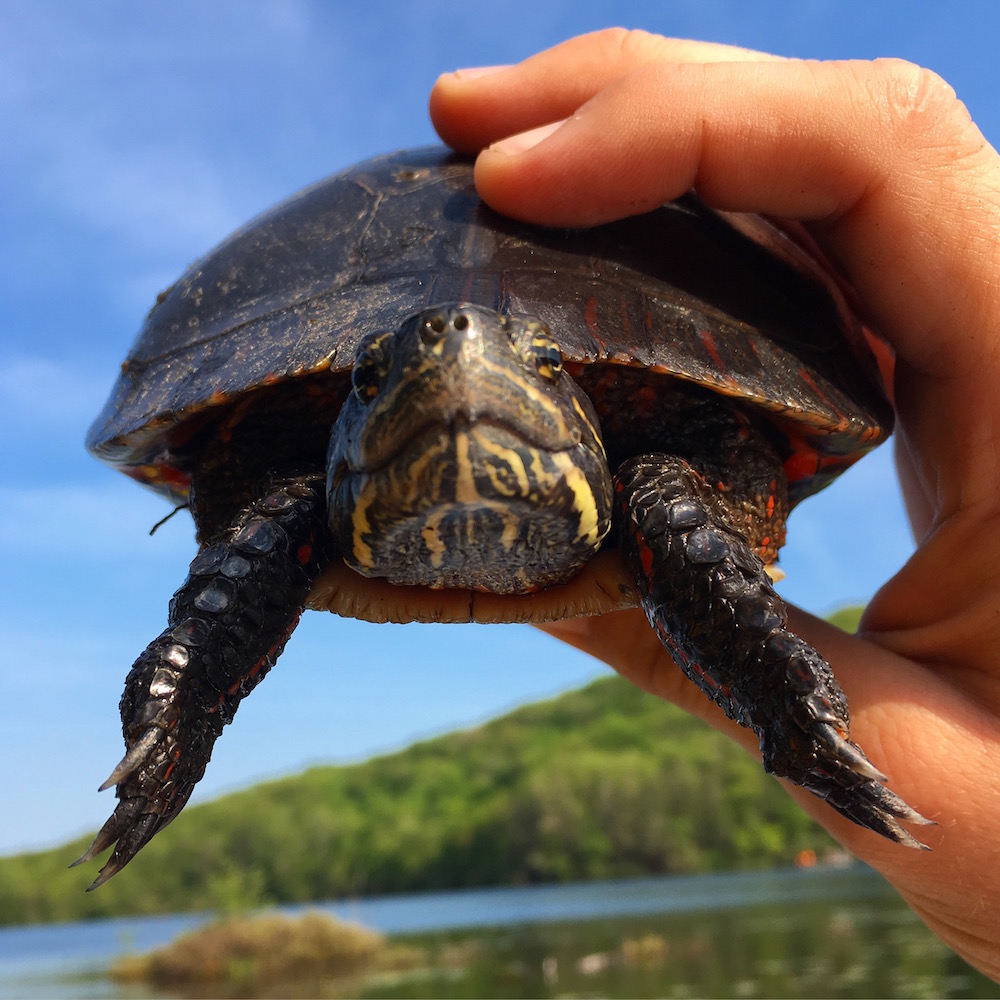 I did, however, manage to get my hands on this eastern painted turtle. He, or she, was forging underneath the water and I saw its feet kicking back and forth. So I reached in and nabbed the turtle for a closer look. I put a video of the release on Instagram. 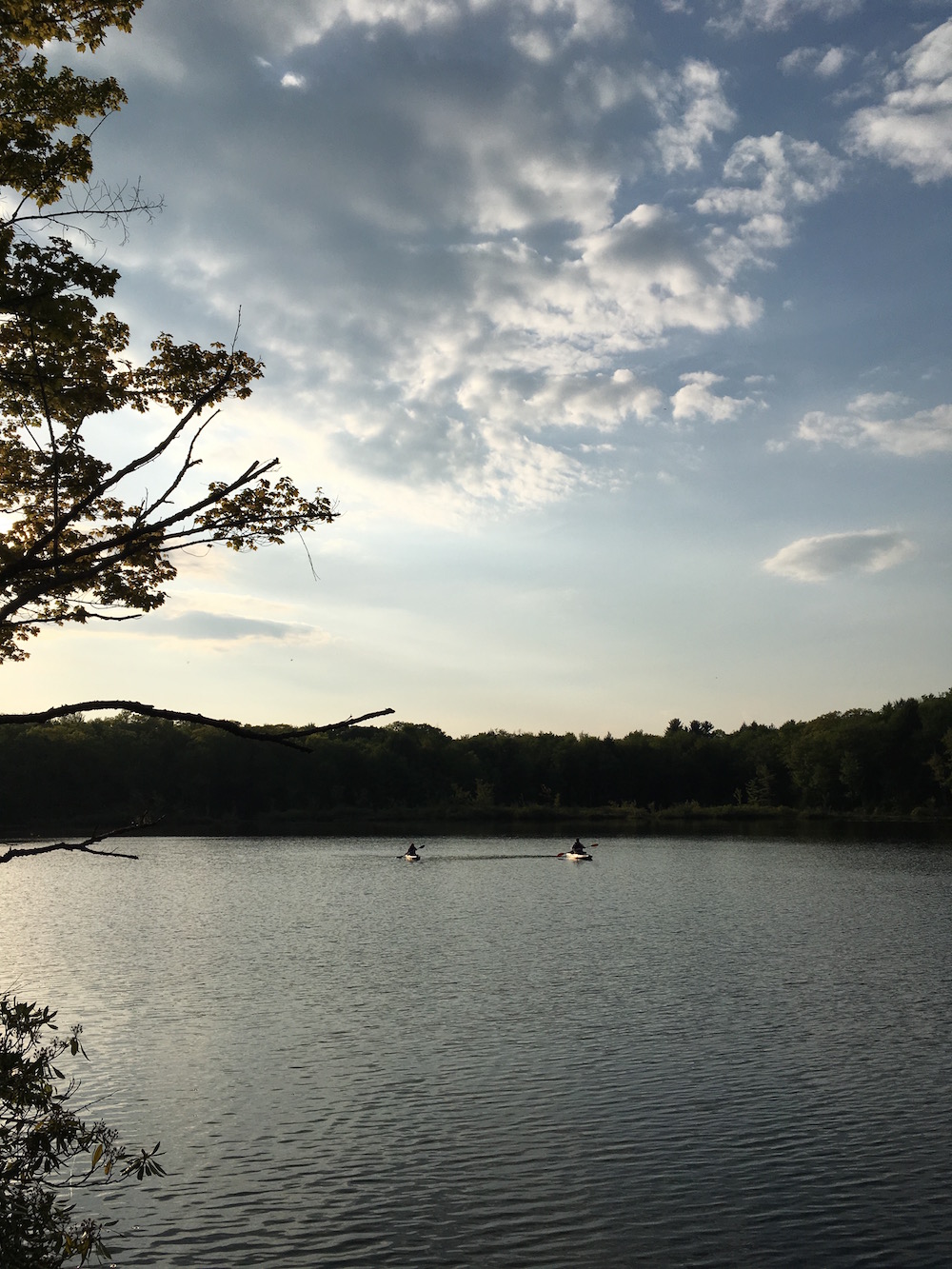 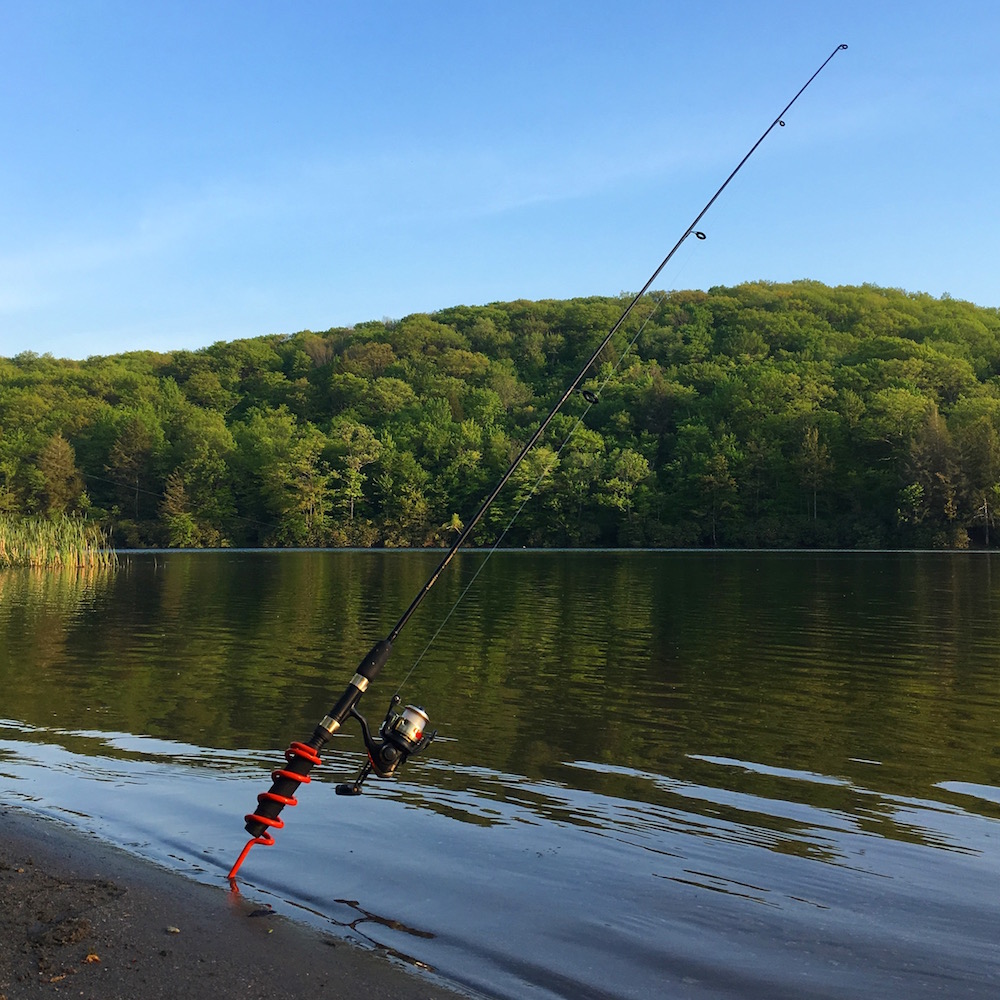 It was an incredibly nice and warm day for a paddle. Looking forward to paddling Mountain Mud Pond at Merli-Sarnoski Park again.